I usually divide my time on Saturdays between running around and socializing. Agility lessons for the dog were cancelled yesterday because of bad weather, though, so I slipped in some unexpected writing in the early evening, before D and I headed out to a friend's birthday bash. I will probably pass the NaNoWriMo halfway point later today, and to be on par by bedtime tonight. Woot!

Still playing around with POV in the scene I'm writing. In the previous scene, which was about a big reveal, I was using multiple (sympathetic) points of view, and flipping back and forth between them. I'm working with using POV as a sort of cinematic technique: five points of view = five different camera angles on the scene.

In the scene I started yesterday, I shrank the POV down to one character whose perceptions are substantially compromised. My theory is that this will help build suspense. It's certainly made it fun to write. 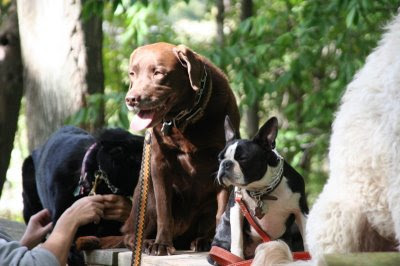 Posted by Elizabeth Twist at 2:46 PM