Saturdays are not good writing days because of general busy-ness. I've determined to not try to write on Saturday - if it doesn' t happen, it's no big deal. So zero words added yesterday to my 12102.

Major resolution to a problem with our fourteen-year-old car yesterday. I've been feeling kind of loony because I've been convinced (due to evidence on the road where I park) that the car's been leaking something or other for a year now. Drips here and there. I guessed oil. The last three times I've taken it in for oil changes or whatevs, I've asked the guys to check for leaks; they couldn't find anything drippy at all. So I decided to live with the phantom leak, knowing that eventually, it would probably get way worse and all would become obvious. That day was yesterday.

Yesterday, on my way back from morning tai chi, I pulled into my spot, and there was a big puddle-o-something where the car had been sitting earlier. I looked behind me, and there was a trail, all the way down the street, and another big puddle where I had turned into the spot. I touched my fingers to the puddle and sniffed.

Drove the car to the garage, two and a half clicks from our house, trailing gas all the way. We lost a quarter of a tank to the road - probably about 8 litres.

I'll be extra nice to nature today to make up for drizzling gas all over the place. 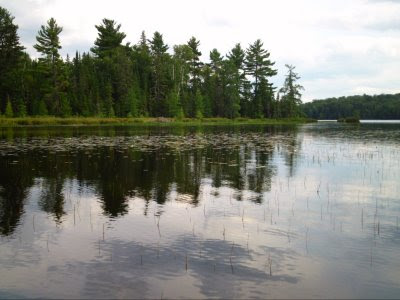 Posted by Elizabeth Twist at 1:11 PM