I hope everyone's doing well. If you're like my cat Ben and already tired of playing with your Christmas toys, well, it's time to face the new year.

Since 2010 was the first year in which I set - and actually attempted to meet - serious writing goals, it's interesting for me to look back and see how I did.

Some might say not great. I met not a single goal. But what do you care? I mean, my whole point was to write more, read more, and learn more about writing well. And that I did.

The way I figure it, if I met my goals, then that would be a clear sign that I didn't set them high enough.

Here's the good: I wrote consistently over the course of the year (meaning not every day, not even every week, but most weeks). I didn't do like I usually do and end up trying to cram a year's worth of writing in while I moan and cry and miss Christmas and make everyone around me miserable, most especially myself.

I abandoned projects that I thought were precious and great at the beginning of 2010. This, I think, is a by-product of writing more and editing more and striving to get some stories out there. When you see giant improvements in what you're writing, it's easy to let go of stuff you thought was great six months ago.

I also learned that I still need vacations from creative writing, despite the fact that I love it. I took a couple of weeks in September, and a couple more over Christmas - much-needed breaks from writing, the computer, and life stuff. I'd like to plan to do that in 2011, with less guilt and more glee.

But anyway, here are the stats on my goals and how it all shook out - images squicked from my 2010 Goals page at the Stringing Words forums.

I'm proud to note that this raw word count does not include blog posts, online articles, documents I wrote for clients, or any writing that was not creative in nature. That 205k figure includes the 64,211 words of novel draft (my NaNo novel). It also includes 71,254 words from a non-fiction project. I'm on the downhill slope on both of these! There were a bunch of short stories in there, too. A small extra effort in 2011 should put me over the 225k mark, but this goal is low enough that I can afford to slack here and there. Tally ho!

I'm least happy with my story submissions track record. I was going strong(er) at the beginning of the year, but totally petered out in early September. I know why.

Partway through the year, I suddenly figured out how to be a lot more objective about my own work. This led to a "my God, it's full of errors" near spiritual experience, which in turn led to procrastination. I could see how I could make some of my short stories a whole heap of a lot better, but I also felt overwhelmed by how much work I had to do on them.

On the plus side, two of those submissions, "Voop" and "The Bell," saw publication.

More submissions in 2011! My current stable of submissible stories is not super huge, maybe five or six stories. But 20 just seems like a sad number. I'm aiming for 52 again.

Oh, Revenant Army. This was a book I drafted 90 percent of in late 2009, in a frenzy of gotta-get-stuff-written, just before my mood crashed out and I downspiraled into an existential crisis of sorts, fueled by the realization that I needed a career change. Yikes. But the book had amazing stuff in it (I think!), including Victor Frankenstein, sasquatch (anyone know the plural of sasquatch? Sasquatches? Sasquaii?), and reanimated creatures galore! I still want to work on it.

Cosy Sexy Vampire was the working name of my 2009 NaNo novel. I had a great time writing it, and I do think there was good stuff in there. Now that I'm looking at this, I'm recalling that a good portion of my 2010 word count went toward drafting new material for this book. (This makes more sense - I didn't think I wrote 70k worth of  short stories in 2010!) It looks like I had just about a complete draft, in terms of sheer volume of words, but the book was a mess, and the characters ended up in some nasty places that I didn't think were all that sympathetic.

Sometime in January / February, a writing coach dude told me that vampires aren't marketable. At the time, I was sore about it, but in retrospect, I realized that, along with the rest of the world, I'm pretty sickened by the state of the vampire sub-genre today. I decided to let this one go.

I recycled the best characters and themes from this book in my 2010 NaNo. Or, in the words of Chris Kelworth, I allowed my "chimera-like creature to pick at the dead bodies" of my former works.

Sometimes people ask me if I've ever used the work I did on my PhD thesis to write fiction. The Medlar Tree was my attempt to do that, but honestly, my fiction writing skills were pretty shaky in 2008, plus I'd been thinking for so long about how to turn my research - on syphilis, plague, and early theatre - into a novel, well, by the time I finally got around to writing it, it all felt like too much pressure. Like way too eagerly anticipated sex, the execution was ultimately messy and disappointing. I might rewrite it someday, preferably long after vampires are no longer so trendy. Strictly speaking, this wasn't a vampire narrative. Non-strictly speaking, it was.

It's shelved until I can figure out how to do it right.

I'm pretty close to finishing this, a non-fiction book project based on some spiritual stuff I've been working on for a while. I've got a chapter or two left to go. I anticipate a second draft and an introduction coming in 2011. Productivity!

Done, and done!  I'll be putting this on the list again this year.

I read more than 26 books this year (pinky swear!), but I got unexcited about updating my progress. I'm pretty sure I didn't make it to 52, though. Probably I hit somewhere closer to 35 or 40. Which is dismal, really. I don't know. I've read some great books this year. Do I really need to track my reading?

Eileen at Speak Coffee to Me, who suggested the 52 book year in the first place, has produced an amazing series of posts on her year in reading. I am in awe. I want to go to there. It's on the list for 2011.

Bwahahahaha. I hear it's a good idea to have a completed book manuscript before you do this.

At least now I know that I don't really know how long it's going to take me to scrub a novel manuscript into decent shape. I plan to learn that in 2011. I'm hoping in the name of all that's holy that it doesn't take as long, proportionally speaking, as it takes to edit and polish a short story, because those take me forever. I suspect it's probably even more complex than editing a short story. I'm not thinking too hard about that, though, lest I slip into the Slough of Despond. 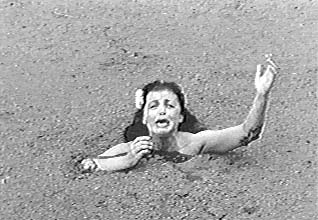 Whether you're setting writing goals or planning to wing it, I wish all of you writers a wonderful and productive 2011 that's filled with magic, revelation and gleeful pissant mischief. Oh, and laser eyes. Who doesn't want those?

Posted by Elizabeth Twist at 10:05 PM

Labels: craft, process, stringing words, this is how we do it, word count, writing