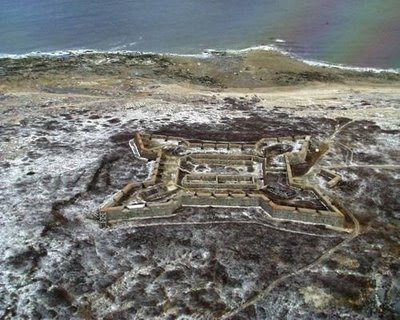 I'm beginning work on my summer novel, a modern-day horror piece I'm tentatively titling Revenant Army. It looks like it's going to be a blend of The Seven Samurai, Northern Canadian hijinks, and the dual legacies of the Hudson's Bay Company and Dr. Frankenstein. 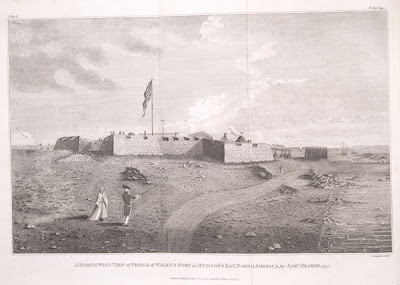 Lo, another treeless vista, milady!
I've been collecting images from our North, like these of Prince of Wales Fort, which stands across the Churchill River from Churchill, Manitoba. This fort was built out of logs in 1717; the stone structure that still stands today was begun in 1731. 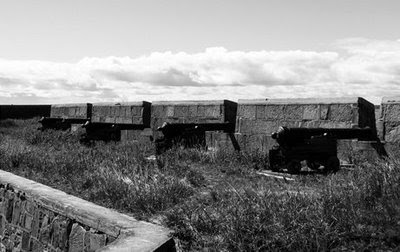 I wonder if, given the right kinds of weapons, a modern group of vigilantes could hold off something nasty in an old Northern outpost like this one?
ETA: Apparently not. Evidently in my education as a proper Canadian youth, I skipped a significant Vignette! 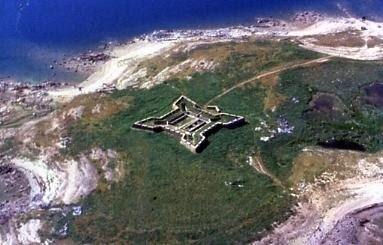 Now I've got a travel bug as well as a research bug (not to mention a plot-devising bug...).

In any case, as suggested by the first of the Summer of Fantasy challenges, I've been playing around this afternoon with mapmaking / animated gif construction. This is fun, people. I've found some potentially useful fun facts and a hole. First the hole:

And now the fun facts (courtesy of good ol' Wikipedia):
When Earth's gravitational field was mapped starting in the 1960s a large region of below-average gravity was detected in the Hudson Bay region. This was initially thought to be a result of the crust still being depressed from the weight of the Laurentide ice sheet during the most recent Ice Age, but more detailed observations taken by the GRACE satellite suggest that this effect cannot account for the entirety of the gravitational anomaly. It is thought that convection in the underlying mantle may be contributing.
Posted by Elizabeth Twist at 4:45 PM