Conspiracy, the Paranormal and Me 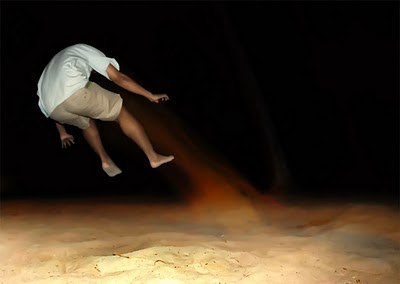 Image by Ibrahim Iujaz of Not So Good Photography.

I'm in love with modern conspiracy theory and current research on paranormal phenomena and their attendant concerns about shifting realities, earth changes, dimensions of consciousness and the darker aspects of the powers that be. If you're like me and you want to eschew vampires and werewolves for a different flavor of beast, might I suggest reptilian overlords and black-eyed kids? You need only dip your finger into the rich, weird soup of paranormal and conspiracy research to find endless fodder for new mythologies and world building.

I'm not (so far) drawing directly on any of the common tropes of conspiracy theory, like 2012 predictions, the New World Order, or UFOs. I've dabbled a bit in shadow people and old hag syndrome (although the latter isn't new - it's quite old).

I think what really interests me in this research is the way that attending to extreme experiences makes you feel. After listening to a podcast or reading about paranormal and conspiracy perspectives, the world around me tends to feel just a bit shifted from normal. There are lots and lots of us whose experiences don't fit into the comfortable, mundane boundaries of the everyday. When you listen to a story from the fringes, and the teller is obviously speaking his truth, it changes your ideas of the possible. For a writer - especially for a genre writer - that is a very good thing.

As I'm continuing to work on my current novel, I'm putting my characters through the kind of profound paradigm shift that occurs to people who undergo fringe experiences.

If you want to get a taste of what I'm talking about, I can't recommend a better entry point than the Mysterious Universe podcast. Hosted by the lovely Benjamin Grundy and Aaron Wright, the podcast covers "the strange, extraordinary, weird, and wonderful and everything in between." Focusing on the UFO phenomenon and paranormal news, Grundy and Wright read stories from around the world and discuss the implications each week. Bonus factor: cool Aussie accents.

If you want to go deeper down the rabbit hole, Red Ice Radio is where I would suggest you go. Unlike MU, which tends to filter stories through discussion, Red Ice chooses researchers from an astonishing range of alternative backgrounds and perspectives, and gives them an hour or more to share their stories, theories and points of view. I've learned more about the huge variety of things that people can think about and research from Red Ice than I ever imagined possible. They discuss "Ancient Civilizations, Geopolitics, Conspiracy, Secret Societies, Fraternal Orders, Esoteric and Occult Subjects, Science and Technology, Phychology, Space, Spirituality, Health, Religion, History, The Future, Transhumanism, GMO, Archaeology, The New World Order and much more." Host Henrik Palmgren approaches every interview without judgement and with questions aimed at allowing the guest an optimal chance to share his views. I've especially enjoyed interviews with Neil Kramer, Christopher Moors, and Jeremy Narby, but you'll have to find your own magic combo. Bonus Factor: cool Swedish accent.
Posted by Elizabeth Twist at 11:18 PM