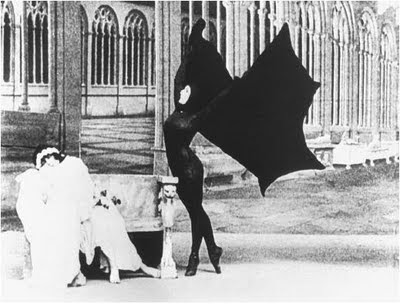 Ah, the ups and downs of NaNoWriMo! Apparently what I needed was a solid day where I spent most of my time writing and a write-in to inspire me. I wrote 3662 words today, and am now officially above par.

My story, though, is not nearly as light as I'd thought it would be. As I said to fellow NaNo-er girlwithapearl today, it's turning out to be emotionally based. I realize that a lot of what I've been writing in the last little while has centred around conflict in action: will the good guys keep the bad guys away from the interdimensional fort? Will the ambiguously morally oriented creature decide to fight on behalf of humanity? Will the all-girl punk band kidnap the barely disguised Paris Hilton proxy and deliver her safely to the record executive on the other side of the paranormal wasteland? Yeah...you know. Regular plots like that.

The crux of the conflicts in this year's NaNo novel are emotional. The dilemmas are classic psychological double binds. I find myself caring about these characters because they represent shades of things I've felt. I'm digging a little deeper.

Labels: NaNoWriMo, process, progress, this is how we do it, word count