Developing Likable Characters: How Weird Can They Be? 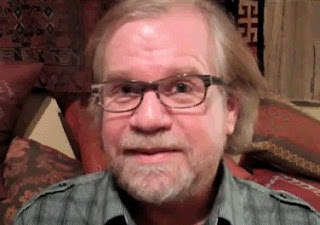 Looks like a nice enough fellow, doesn't he? In fact, based on what I've gathered from his YouTube video, Mark Moffett is a lovely man. He's got a variety of traits that you might include if you wanted to build a likable fictional character. He's intelligent - in fact he's got a PhD. He's interested in communicating his experiences to a larger audience, so you could say he's generous. He's got a sense of adventure: He has travelled widely and studied abroad. He has a community of friends and colleagues willing to cheer him on through his achievements. He's an ecologist by profession - so he's trying to save the earth! And he cares about animals. You could say he really cares about animals.

Ever since I listened to this interview with screenwriting and video game consultant David Freeman, I've been thinking about the importance of building likable characters in my fiction. Freeman has created a system called "Emotioneering," designed to allow a film audience or a video game player to become immersed in the story through an emotional bond formed with the main or point-of-view character. In that interview, Freeman discusses some of the traits of bond-worthy characters: loyalty, independence and longing are a few. He's written a book that includes many more techniques.

I struggle with this concept, frankly. I like writing characters who are difficult, and not in a cute way. I like thinking about people who think differently, who are outside the pale of what's commonly considered "normal." In one short story that I vetted with an online group, my main character was a gay man who had been mercilessly bullied through his high school years. He still bore the scars and resentment from that time. He was a wounded guy, and not a nice guy, but he was no villain - in itself a miracle of sorts, and a testament to his strength. The story was about how he got a chance to see exactly where the habit of bullying took his high school enemy (not a nice place).

To my way of thinking, the story was about cycles of abuse and taking on the pain that others inflict on you. It was also about the infectious nature of prejudice and hatred, and the insidious qualities of anger - most especially hard-won, righteous anger.

Most of the people who critiqued that story found my MC too bitter, too weird, too alienating. To me, he was a hero.

But back to Dr. Mark Moffett. There are a few things about him that I failed to mention, that to my way of thinking would make him an excellent MC, but some people might find alienating. It has to do with entomology. Specifically, a botfly. (Read only the intro on that wikipedia page and do not scroll down if you are easily grossed out. For the sake of those of you who are new here, I have put the details below the fold. For those who like being grossed out, carry on.

Basically, Dr. Moffett, aka "Doctor Bugs," ended up with a botfly in the back of his hand after a trip to Belize. In case you haven't educated yourself about this insidious creature, bots burrow into the skin of a host animal, including people, where they grow...and grow and grow...and eventually pop out through the skin. Just typing this makes me itchy. Anyway, you can remove bots fairly easily by covering the little breathing hole they make in your skin with vaseline, tape, or, as Dr. Moffett suggests (I think?) meat. The bot will come on out when it runs out of air - or, presumably, wants some lunch that doesn't taste like you.

But Dr. Moffett, in the interest of science and bugs, housed his bot maggot until it was ready to come out on its own. If you're into seeing what that looks like, you can watch the video. My favourite parts are the fact that  Dr. Moffett's friends are cheering as the maggot pops out of his hand, and the fact that he shouts "It's a girl!" ecstatically. Not to mention a very amusing insertion of a related scene from the original Alien film as Dr. Moffett explains how all this came about.

This is just an example: there are lots of other ways to be weird and cool. But I feel as though if he were a main character in a piece of fiction, Dr. Moffett might be considered non-emotioneering-friendly. I mean, the entomologists from Silence of the Lambs didn't get to be the heroes of the piece, did they?

Then again, surely there are loads of you out there who love difference as much as I do. What do you think? Where do you draw the line between weird, different, and unlikable? Do you draw that line at all, or do you prefer characters who are normal? Is different automatically a bonus feature for you? Who are your favourite weird fictional characters?
Posted by Elizabeth Twist at 1:19 PM

I actually love weird characters. Normal characters bore me. Still, even the darkest guys (thinking House here) must have some sort of redeeming quality for me to root for them. I am not going to root for someone who is going against my grain.

This discussion reminds me of one of Marion Zimmer Bradley's reasons for why editors buy stories:

"The story has a clear-cut, likable character with whom the reader can identify."

Yep, it's a tricky one. I love writing unlikeable characters. They can work, I'm thinking about unreliable narrators in particular.

There's something compelling about writing about unlikeable characters.

Hey there fellow crusader,
perhaps just adding in a few similar qualities your readers can connect with will help with your characters?

@ Misha: glad I could gross you out! Glad too that you like weird characters. You're right, though: if we're talking about the MC / hero of the piece, some sympthies are probably important.

I think that ever since I learned about the V-effect, I've had a cheeky love of alienating, distancing, or otherwise disorienting readers. As a friend of mine likes to say, a little cognitive dissonance is good for the soul!

Editors don't seem to like it that much, though.

@Summer: Hello there! And welcome! You're right: without a bit of familiarity, our characters are just too alien (a mistake even if they are aliens). But I guess we're talking about tolerances here. You either dig the botfly or you repudiate the botfly, if you know what I'm saying.

I've been running into this issue as I market my novel to agents. My lead character is a brash, do-what-she-wants writer, and while agents like my writing and the story, they worry that Emma Jean is not relatable. More than one of them has used this word, which I'm not sure is a real word. Anyway, I've gone back in and tried to keep her kick-ass personality while making her more likeable. Which is really the key--because I think what readers enjoy is complex characters, with good and bad sides.