They Drink Us In Our Sleep

Sometime in 2009, I was very pleased to place this story, "They Drink Us In Our Sleep," in The Devil's Food Anthology. Alas, an unfortunate series of events led The Monsters Next Door to withdraw that anthology before it could enjoy its time on the market. (I will say that despite nasty internet rumours to the contrary, L.B. Goddard was sweet and nice to me and did pay me as per the contract. She's a honey, and I hope she returns to editing and publishing sometime soon.) In any case, I thought I would offer the story here for your edification and entertainment. It's one example of how I've used paranormal phenomena in my fiction. Plus there's a very dorky author's note at the end! Enjoy. 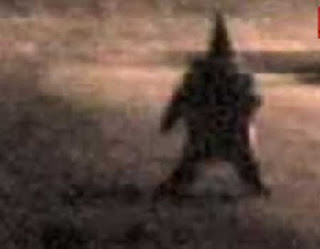 George’s web research into sleep paralysis is based on research I did for this story. There are some very interesting websites that deal with sleep paralysis; none I could find mention organ-drinking gnomes.
The University research page on Sleep Paralysis is the University of Waterloo’s:
http://watarts.uwaterloo.ca/~acheyne/S_P.html
Your Worst Nightmare: Supernatural Assault, a documentary about sleep paralysis that includes the video George watches:
http://www.soulsmack.com/
Wikipedia article on Sleep Paralysis, with detailed notes on folkloric descriptions of the phenomenon:
http://en.wikipedia.org/wiki/Sleep_paralysis
University Professor David Grant’s real life counterpart is Dr. David Hufford.
David Hufford wrote The Terror That Comes in the Night: An Experience-Centered Study of Supernatural Assault Traditions.  Philadelphia: University of Pennsylvania Press, 1982.
Google books limited preview:
http://books.google.ca/books?id=QoBKzWjw2vYC&printsec=frontcover&dq=David+Hufford+the+terror+that+comes+in+the+night